Welcome to the Boothy Brother Blog!

A quick round up of our winter so far...

First got up to Scotland on 18th December. Headed to the Cairngorms - Ad's first time there. Got on Savage Slit in Coire An Lochan. Awesome route, but truely savage conditions! Had to battle spin drift coming down, AND UP the route, as well as bone-numbing temperatures! Roel also headed up but had to turn back just before the route with a bad knee - he's super psyched for action later in the winter though! 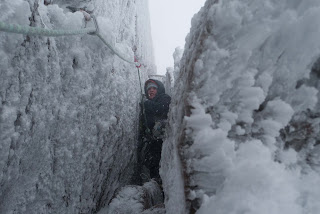 Got in a quick ski on the drive back to England. Cheers for the blades Stuart. 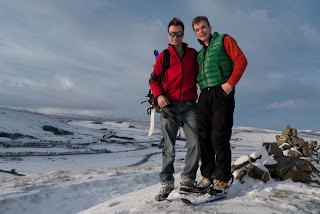 For the last weekend of 2009 we were in Wales. After a bit of a wet walk from the car, we got up to Clogwyn Du and found amazing snow and ice. We finally climbed El Manncho, a route we have been to the bottom of many times before, only ever to find the route out of condition. Felt great to finally nail it! What a great route! We even managed an accidental, variation first pitch (out of Blenderhead, then direct up to the first belay on El Mancho). We named this variation 'the Mankini Start'! 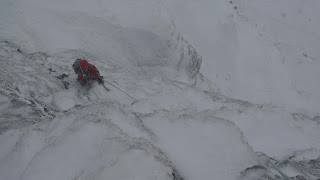 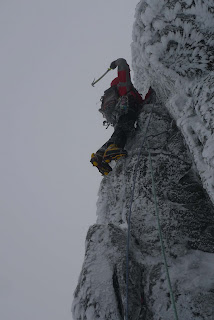 The following weekend, the first weekend of 2010, we headed into Cwm Idwall to check out the Devils Appendix. It wasn't quite formed yet, so instead we got on Devil's Staircase, a quality V 6 up the summer VS gully line. Felt pretty damn spicy for a grade V... the crux involved tiny hooks and smearing on front points a couple of meters above a tied off ice screw! 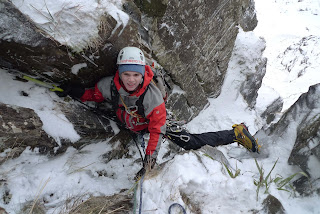 After doing Devil's Staircase, we popped up The Curtain which was quite thin and had a funky ice feature at the top. 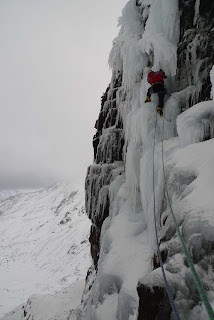 So, a good start to the season! Only problem is, with Ed just starting in the Fire Service and Ad having an important exam at the start of Feb, there may not be much more action to come... But, we're always trying to squeeze in that 'one extra climb', so who knows what this weekend will bring...
Ad
Posted by Boothy Brothers at 15:11