You know those photos, the ones that inspire you and capture your imagination as soon as you see them? Well that's how it all started with The Wand. I remember seeing this photo from a supplement in Climb Magazine, about Scottish Winter Climbing and being utterly blown away. This was way before I had ever done any ice climbing myself, so the idea that one day I might be good enough to climb routes like this seemed an impossibility. 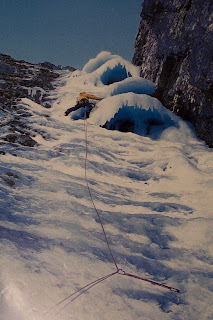 Well, last Saturday, Roel and I headed over to Craig Meagaidh with no particular route in mind, and when we realised there was no one on The Wand we just had to give it a crack. Roel led the first pitch, I led the second. 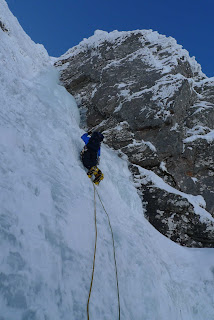 The climbing was brilliant, the only criticism was that the route is so short - and when the climbing's that good you want it to go on for ever. 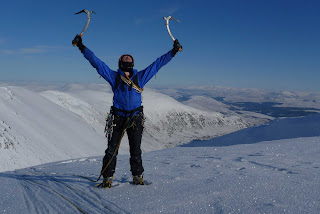 After the route we headed up to the summit which was a fair old trek. All in all an amazing day, with the best weather I've ever experienced in Scotland. I've been a very lucky boy this season! 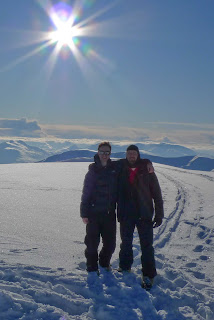 Ad
Posted by Boothy Brothers at 15:53